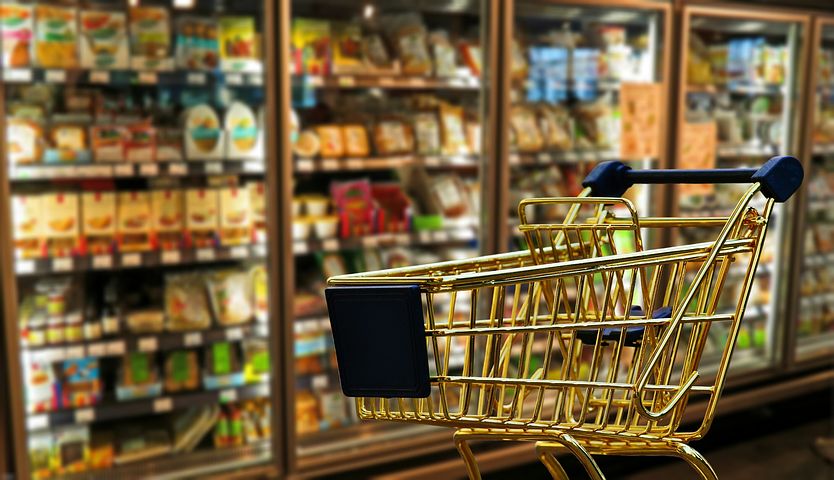 I was making lunch the other day and the term “unobtrusive measures” leapt to mind. Why? Because the supermarket had tuna on sale, three cans for five dollars. Sixty-seven percent off the usual price. So, a real deal, if you like tuna, which I do. This article is copyright 2020 The Best Customer Guide.

The unobtrusive measures part? The tuna came two ways; packed in water or in oil. It’s entirely a personal preference, but I like it packed in water. Seems like the tuna’s natural habitat. The water, I mean, not the can. In the morning, when I checked out the sale, there had been an equal number of packed-in-oil and packed-in-water cans on the shelf. Dozens of each. When I actually shopped later in the day there were still dozens of packed-in-oil cans, but only a handful of those packed-in-water. So? What’s the big deal? Well, besides the price, the big deal was the disproportionate number of cans of tuna in oil not purchased, versus the tuna in water that had been scooped up by other savvy shoppers.

The term “unobtrusive measures” was coined by Eugene J. Webb et.al. in 1966. It’s a nonreactive research technique, meaning the methodology doesn’t involve direct contact with respondents. It’s an indirect way of obtaining data without interviews and questionnaires. For example, if you wandered through a graveyard and tallied dates of death on the tombstones, and there were an inordinate number of deaths, say, between 1919 and 1921, you might come to the conclusion that a deadly pandemic had struck this community in 1918. Less morbidly, in the case of the tuna fish, you’d be pretty safe in presuming more people liked tuna in water than oil. The thing was, the tuna cans (or lack thereof) were pretty much a “textbook” example of an unobtrusive measure.

The actual textbook example came about in 1964, so we’ve got to get into the Way-Back machine. Back then, brand and ad recall were the gold-standards of advertising success. There was something called a “DAR,” or Day After Recall test, where interviewers would call people at home (on a landline, the only way to call them) the day after a commercial ran, ask them if they had been watching TV during the time period the commercial ran, then ask if they saw a commercial for a particular category. If they had, they were asked what brand the ad was for. So totally obtrusive.

Keep in mind that this was 1964. No Betamax, VCRs or DVRs. No time shifting, on-demand, fast forwarding, pausing or rewinding. The only way to skip the commercial was, well, to leave the room. And viewers did. They got up from their sofas, usually to take a bathroom break or to wash dinner dishes while the commercials were on, so they didn’t miss the TV show. Even back then viewers weren’t big fans of the interruption model! Some researchers knowing consumers weren’t going to volunteer they left the room, and unwilling to deal with DAR response bias, chose to go the unobtrusive measures route.

In this case, researchers went down to the municipal water plant and monitored city water levels. The times the water went down and then went up again. Then they looked at the times TV commercials ran that night and correlated the water levels with the commercial airings. From those unobtrusive measures they made accurate estimates about how many viewers flushed a toilet or ran water to wash dishes, which meant they weren’t in the room and hadn’t seen the commercial. And quicker than you can say “frozen TV dinners,” they fashioned a commercial viewership model based on water fluctuation levels that ended up being a better indicator than DAR scores.

We still do it today. Oh, not down at the municipal water treatment plant, or even doing what I did at the supermarket. But give some thought to how brands use today’s “digital footprints,” and how that permits an analysis of data and consumer behavior, unobtrusively. You can also do it looking at lists, like our annual Customer Loyalty & Engagement Index in January or Loyalty Leaders List in September. Or, more particularly, parts of those lists, or the lack thereof. Consumers tell us what brands they use, but we don’t screen them for particular brands. It’s not an aided exercise. We don’t look for them. We don’t buy more sample to find them. If consumers don’t tell us they use a particular brand, the brand doesn’t get included in our analyses. What they don’t say is the unobtrusive measure.

Look at the list of brands below, the ones currently not being mentioned, and something may reveal itself to you. Consider the list from an “unobtrusive measures” research perspective. What does it say to you? It’s not a trick. There’s a mix of categories and the brands. We just listed them alphabetically, so no trick or order-bias. There’s a pattern there and a little unobtrusive mulling will reveal it…

Anyway, it’s worth considering adding some unobtrusive measures to your research arsenal, because no one should approach the temple of marketing research with the soul of an accountant.